One of the delights of returning to the same house each summer is finding books which are old favourites. Looking for a book to read I found Jane Gardam’s A Long Way to Verona. Great! Because the novel is told by a child narrator and the next draft novel I have to consider and re-write has a child narrator.

I should say here is that I began this process while I was following the Unthank School of Writing on-line course How to Write a Novel. And what a kick start that was. So I am looking forward to returning to this task in the autumn.

The peace and quiet here has given me the chance to research other novels written in children’s voices. I ignored the books written for children. My novel is for an adult readership. I can’t ask Charles Dickens what his target readership was but we know he read his novels, weekly (maybe) in instalments, to a huge crowd of people, both young and old.

The internet is a wonderful thing. Here are my findings from searching for ‘first lines’, ‘first paragraphs’ or the title of the book. Here are the first paragraphs or quotes from the books which give me helpful examples of how to introduce a child narrator to my reader.

First the age-old classic, once on the school syllabus and which most of us hated reading.

Whether I shall turn out to be the hero of my own life, or whether that station will be held by anybody else, these pages must show. To begin my life with the beginning of my life, I record that I was born (as I have been informed and believe) on a Friday, at twelve o’clock at night. It was remarked that the clock began to strike, and I began to cry, simultaneously.

This opening is only helpful in that this was not the way I want to write my opening.

Next a book which I read as a teenager, having a boyfriend who didn’t leave the house without a Penguin Modern Classic, with those iconic silver-grey covers, in his pocket.

Catcher in the Rye by JD Salinger

If you really want to hear about it, the first thing you’ll probably want to know is where I was born, and what my lousy childhood was like, and how my parents were occupied and all before they had me, and all that David Copperfield kind of crap, but I don’t feel like going into it, if you want to know the truth. In the first place, that stuff bores me… Besides, I’m not going to tell you my whole goddam autobiography or anything… Where I want to start is the day I left Pencey Prep.

Not perfect (it’s clearly set in the USA) but lively and amusing. Better.

Now my almost, but not only, favourite.

A Long Way From Verona by Jane Gardam

I ought to tell you at the beginning that I am not quite normal, having had a violent experience at the age of nine.

Later: When I had been at Cleveland Spa (her new school) for simply ages and was twelve years old…..

I like her ‘voice’, her self-deprecation and the way she skips time, ‘simply ages’.

This last novel is also a favourite and a cheat. Merricat, the narrator of the story is, at 18, an adult. However, her mind-set is juvenile and immature but gloriously imaginative and wicked, clearly enabled by some kind of syndrome. This is a horror story which works because it is told and enacted by a girl who enchants us into loving her before we know the terrible truth about her.

We Have Always Lived in a Castle by Shirley Jackson

My name is Mary Katherine Blackwood. I am eighteen years old, and I live with my sister Constance. I have often thought that with any luck at all I could have been born a werewolf, because the two middle fingers on both my hands are the same length, but I have had to be content with what I had. I dislike washing myself, and dogs, and noise. I like my sister Constance, and Richard Plantagenet, and Amanita phalloides, the death-cup mushroom. Everyone else in my family is dead.

This novel is essential reading for me before I start my re-write. Merricat is the character in literature which is closest to my child narrator. She has a fascination with wierd animals and she identifies with an ‘other world’. She isn’t bothered about cleanliness but prefers to be surrounded by peace and quiet. She’s a reader of history books and is self-taught about natural history. She is loyal to her sister.

In this quest for how to re-draft a novel with a new child narrator, I must acknowledge two sources of encouragement and help: 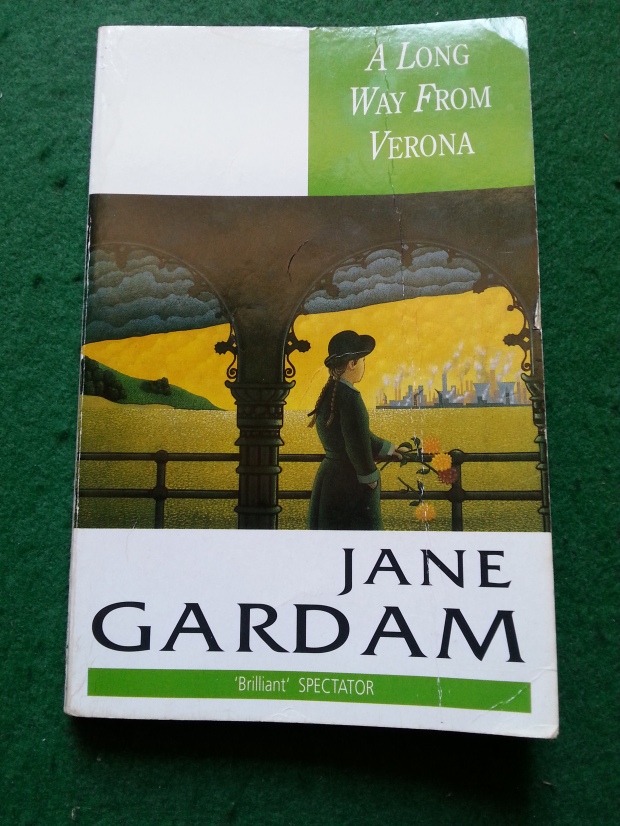