In my last blog I described two of the book groups I’ve talked to and discussed the various questions which were put to me. Although this is putting the cart before the horse, (I am about to write several blogs devoted to writing a memoir) I said I’d deal with the question about a memoir being a construct now, so I will, as nothing is more irritating that a blog writer who says they’ll write about something and then don’t.

The question of why a construct is necessary I will deal with later. Right now let’s look at the first page of my memoir The Baby Box and de-construct it.

Chapter One opens: (indent) Monday 21 December 1964. Straight away the reader is in, not only the correct year, but a specific month and day. This is a memoir. To set the  period of the narrative is vital. I’d searched the records and discovered that on that day the House of Commons gave the second reading to the bill to abolish the death penalty. There were several more debates after that one, but all that mattered to me was that I’d found a real event which took place at the start of my narrative.

You note I say ‘narrative’ rather than ‘story’. Why? The story could be said to start at any one of several places. When we moved to London. When I met my new school chum Rita. When I met the person who was to play his part in the reason for the memoir. Etc, etc.

But I had a startling sentence which I wanted to use on page one. My mother says, ‘If you’d cut me up in little pieces, you couldn’t have hurt me more.’ To any writer a quote such as that is a gift. This arresting, dramatic and shocking statement confirms that the  close relationship between mother and daughter is a vital part of the memoir. So even though page one is not the beginning of my story, it is the start of the written narrative.

Next line, It’s Christmas Eve …’ An evocative time of year. As it happened, the conversation (which I don’t waste front page space detailing now) did happen during the run up to Christmas so why not emphasis the drama and make it actually the night of magic, miracles and presents?

Then onto a short flashback about the less than ideal relationship between my mother and me with a short, snappy quote which illustrates her attitude towards my teenage years: … you look like a trollop.

Next a jump in tempo: My latest crime… a life changing crisis. I’d call that a page turner.

The final two paragraphs of the page describe my mother’s reaction to my news (again the details can wait until later) and my desire to turn the clock back. Which is exactly what happens on the next page. We are back at an earlier point in 1964 and the reader will – 5 pages of story later – discover what kind of mess I’m in.

There is one over-riding rule to writing any narrative-driven book.

Next blog: Why write a memoir?

If you haven’t read The Baby Book, go to the page Buy The Book for a post free paperback or to Amazon for the eBook. 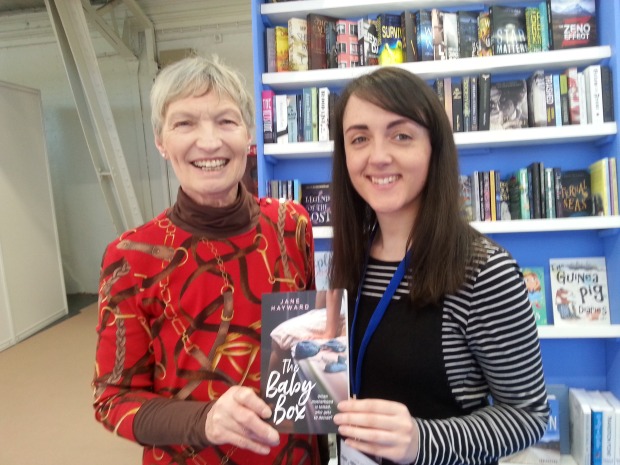 2 thoughts on “Writing a Memoir – How a memoir is a Construct.”