Anyone out there who has read my memoir, The Baby Box, could be forgiven for assuming that I am an only child. One friend certainly did and said that being an only child explained why my mother was so harsh with me. No, my mother was harsh because I upset the middle-class, domestic apple-cart big time. I have two brothers. There, now I’ve said it and every reader knows they do not feature in my memoir.

Why? My reason for not including them in my story was that my memory did not record them playing, not only not a big part, but a part at all. Their presence would have been a distraction at least, at worst a muddling of the story-line. Does any writer include characters in a novel who play no part in that novel? No. Do all writers, when editing, look for bit-players which have no effect on the drama of the novel and either cut them or re-write their role ? Yes.

But last weekend, my husband and I spent a happy day with my younger brother and his wife at their home, eating, drinking and talking. Eventually, about the memoir.

And my brother revealed that he was ‘in’ at least one scene in the book, even if ‘off stage’  (not present from my point of view) and he was certainly aware of the existence of other dramatic moments and did take part later in the story even if only as an on-looker.

I have yet to ask my other brother if he remembers these incidents as well.

So was I wrong to omit them from the book? I don’t think I was.

The Baby Box is a memoir, my memoir, from my point of view and, as I have made clear in the text, only includes the scenes and dialogue I clearly remember. That’s the only way I could have written a memoir, by being one hundred percent sure the narrative was accurate as far as it went.

The interesting point about all this, is that different memories, even within the same family, remember radically different aspects of the same event. Neither is right or wrong. But one memory is relevant, the other not.

One of the joys of being a writer is that it’s the writer who has the responsibility and joys of making the decision of what goes on the page and what doesn’t.

If you are a new follower of this blog and the above means nothing to you, read the last few earlier blogs and then click on the page Buy The Book. Thank you. 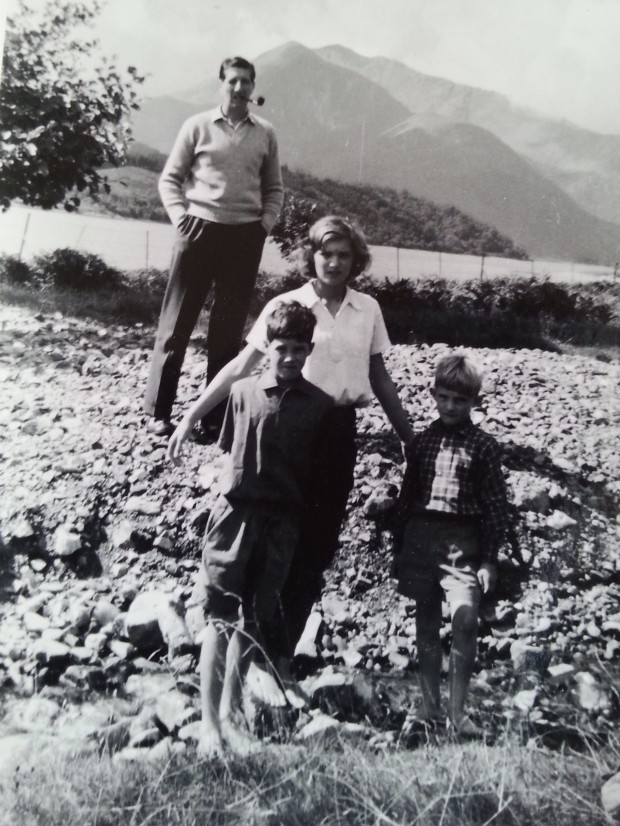 This photo was taken in Scotland when I was 10 years old.

3 thoughts on “Whose Memory?”